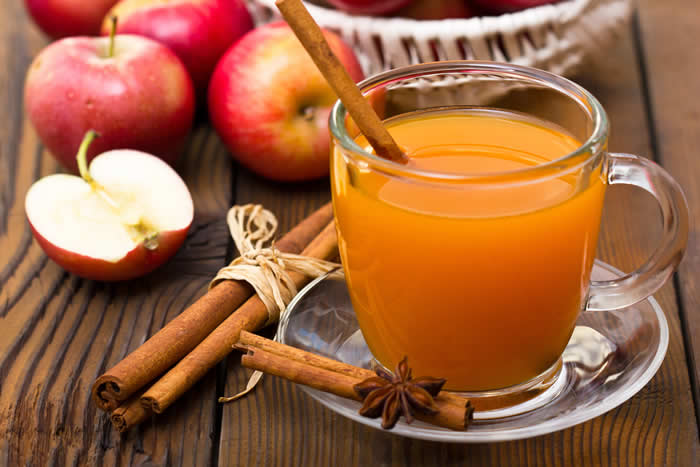 If you look back into the dark recesses of your pantry, there’s a pretty good likelihood that there’ll be a bottle of Apple Cider Vinegar sitting there. This old faithful has been a health staple for decades. In recent times, however, it’s benefits have been under-appreciated. It’s about time it moved back to the front of the shelf.

What is Apple Cider Vinegar?

Apple cider contains a lot of sugar. Through the process of fermentation, the sugars are converted into good organic gasses, such as enzymes and probiotics. This turns apple juice into an incredible super food.

According to a recent study, published in the British Journal of Clinical Nutrition, one tablespoon of apple cider vinegar taken in the morning will naturally lower your cholesterol level. That’s because apple cider vinegar has been shown to increase bile production and support the liver. Bile and the liver are very important for processing cholesterol and also for breaking down cholesterol.

Apple cider vinegar has been shown to balance blood sugar levels and avoid a blood sugar spike after a meal.

A 2004 study, which was reported on in the journal Diabetes Care, confirmed that consumption of apple cider vinegar before a meal significantly lowers insulin and glucose spikes that would normally occur after a meal.

The 29 study participants were separated into 3 groups. A third of them were diagnosed with Type 2 diabetes, a third had pre-diabetes and the last third were healthy.

Study results showed that all three groups had significant improvement in blood glucose readings after their meals when they took apple cider vinegar as opposed to the placebo. Interestingly, the group with pre-diabetes showed the greatest improvement, with their post meal blood glucose levels almost halving.

The group who had diabetes lowered their post meal glucose levels by a quarter.

A follow up study, not only confirmed the results of the first study, but also showed that participants experienced moderate weight loss, despite not engaging in an exercise program.

A more recent study out of Arizona State University (2016)  found that consuming only 20 grams (just over 1 teaspoon) of apple cider vinegar before a carbohydrate heavy meal can raise your insulin sensitivity by 34% and attenuate the blood sugar spike following the meal.

Apple cider vinegar contains an organic acid that results when you convert apple juice to apple cider vinegar. This is called acetic acid. This acid has been shown to increase your metabolism. Despite the fact that acidity in the body is usually a bad thing, this acid is good for you. Even though it is acidic, it has an alkaline effect on your body.

How to Use Apple Cider Vinegar

There are a number of ways to use apple cider vinegar in order to maximize its benefits. Here are some suggestions:

There is no set dosage for apple cider vinegar. Try to get your hands on raw, unfiltered apple cider vinegar for the best effect. Start with one tea-spoon to one table-spoon, mixed in water, juice or on its own, two to three times per day between meals.

The key reason that Apple Cider Vinegar is so beneficial for your body is that it contains organic acids, such as acetic acid, that support the digestive process and have so many carry over benefits for your organs and your circulation. It contains enzymes and probiotics that, among other things, helps to control acid reflux.

Kanthaka’s top priority has always been the health and wellness of our community. Because of this, we are complying with all Stay-at-Home orders. We are not accepting in person appointments until the orders are lifted. We apologize for any inconvenience. We strongly believe that by working together, we’re all doing our part for the greater good.

In States which have reopened, we will start providing again “distance in person sessions” outside in fresh air.

In these times of social distancing we are also pleased to introduce VIRTUAL LIVE training sessions. The trainer that you are going to choose for the session will work with you on a direct video stream through our app (no zoom, etc. needed!). Just log in on our app as usual, choose virtual training, and all the other steps are same as before. Our virtual sessions are designed to fully recreate the in home Personal Training and one on one Yoga Experience. Your Kanthaka Personal Trainer or Yoga Instructor will instruct and motivate you to achieve the best results.

Among others, we are taking the following steps to stay safe: We are in frequent communication with our trainers and have shared with them best practices to minimize the transmission as prescribed by the CDC. If you feel ill or are displaying fever or respiratory symptoms please don’t train. If you need to cancel a session due to illness just let us know and you can always cancel free of charge (we will waive any cancellation fees).

We ask that you do NOT book a session if:

We are very much looking forward for any questions you might have. Just email us at [email protected]

In Health, You All stay safe,
Your Kanthaka Team

WITH 1 ON 1 LIVE SESSIONS

Enter your email for

WITH 1 ON 1 LIVE SESSIONS

Enter your email for